August 4 – La Belle Nivernaise – film by Jean Epstein. Music by the female choir of Bulgarian voices “The great Voices of Bulgaria” directed by Ilia Mihaylov and by the trio of François Raulin.

6 August – comedy Seven Chances by and with Buster Keaton. The soundtrack is entrusted to Mauro Ottolini, at the helm of the twelve elements of his “Sousaphonix”.

August 7 – the Adventures of Prince Achmed masterpiece of the animated film made with the technique of Chinese shadows by Lotte Reinger in 1926. Live music by the “Khalil Chahine Quartet”: Khalil Chahine guitar and mandolin – Nathanaël Gouin, piano – Christophe Cravero, violin – Gérard Carocci, percussion.

August 8 – restored version of a timeless work of art, The great Dictator of Charlie Chaplin, a foray into sound, almost 80 years after its release. The film will be screened not in the original language, but in Italian. 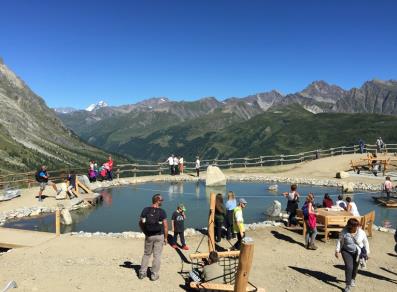 The International Festival of Silent Movies accompanied by live music is one of the most important European festivals bringing together music and visual arts. The first edition was in 2002 and it takes place in August . Its principal aim is to strengthen the relationship between cinema and music, reserving particular attention to some of the best- and least-known masterpieces in the history of silent movies, by bringing them back to life with original soundtracks performed live.