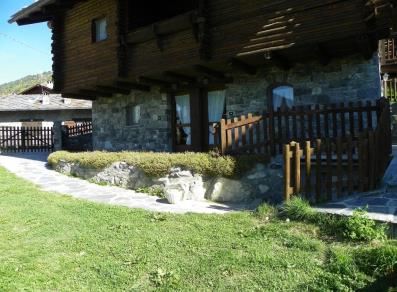 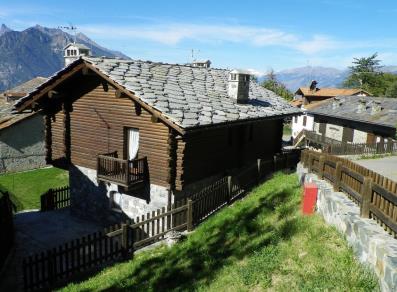 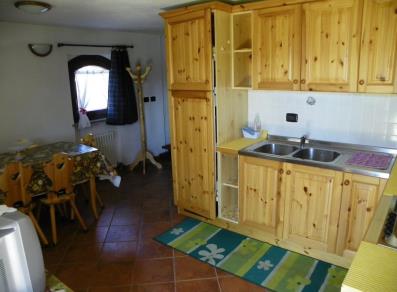 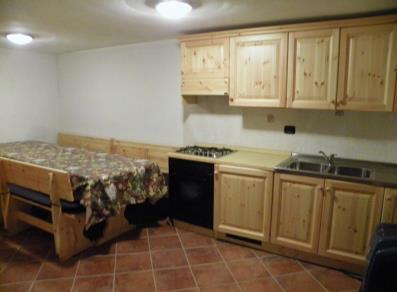 The B&B “Á la maison du bois” is immersed in the greenery of a peaceful wooded area at the entrance of the Cogne Valley and the Grand Paradiso Nature Park. It is 900 metres above sea level, affording views of the castles of St. Pierre, Sarre, Sarriod del Tour and Aymavilles. The view also stretches to the mountains of the Mont Fallère Becca di Vious with a glimpse of the Monte Rosa mountain range.
The station of Pila and the Cogne ski resort can be easily reached from the B&B also by public transport; it is the departure point of excursions on foot or by Mountain Bike, or in snowy winters, also of downhill skiing trips towards Pont de la Pierre; in twenty minutes passing through a mixed wood, you reach the Monte Rosa climbing gym of Mont Ross; for those who love fishing the nearby Grand Eyvia stream is a true paradise for catching fish.
“Á la maison du bois” is located in a single building with a private entrance separate from the family residence, with an independent bedroom and bathroom, large grounds surrounding the house that also welcomes pets, a vegetable garden, small fruit grown by

Take the Aosta Ovest-Aymavilles motorway exit. After the tollgate, turn right following the signs for Aymavilles-Cogne and continue on the regional road until you reach the hamlet called Poyaz (around 4km). Having passed through this, after a straight road and two double bends on the left, you reach an open space from where a dirt farm track begins and after 500 metres it brings you to the B&B.

The nearest train station is located in Aosta.
Bus service Aosta-Cogne (around 10 daily trips) with a stop 200 m away from the B&B and Bus 5 Aosta- Aymavilles from the castle of Aymavilles (around 30 trips per day).