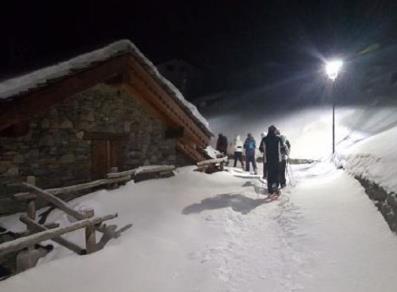 The fathers of Aosta Valley Autonomous Region and its autonomy originate from Valsavarenche, known today especially for being part of the Gran Paradiso National Park: Emile Chanoux, promoter of Val d’Aosta’s autonomy and Federico Chabod, first President of the Autonomous Region of Aosta Valley.
Emile Chanoux was born on 9th January 1906 in the small village of Rovenaud. He was a firm supporter of autonomy for Aosta Valley within a federal-style Europe, the recognised leader of the Val d’Aosta struggle for liberation after the armistice. Emile Chanoux was arrested by the Nazi-fascists on 18 May 1944 and died during the night after being tortured by the Nazi-fascists.
Federico Chabod was born in Aosta in 1901 and was very fond of his land of origin. He was the first President of the Autonomous Region of Aosta Valley and, after a brilliant university career, became a internationally recognised historian.

The Rovenaud documentation centre valorises and promotes the cultural heritage left by Chabod and Chanoux, particularly in terms of the debate on federalism and Europe. You can see an anthology of original writings by Chanoux and multimedia supports provide information concerning the contribution of other Aosta Valley authors, such as Chabod, Bréan, Caveri and others, to the debate on federalism and the new Europe.