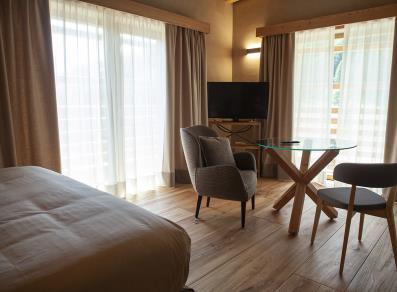 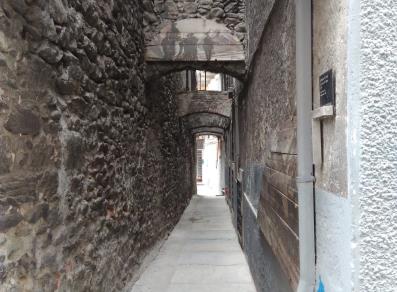 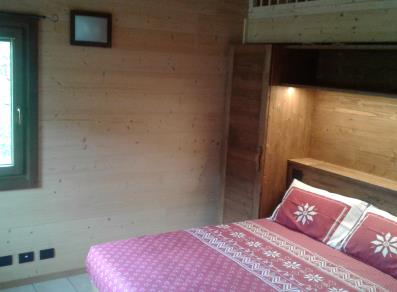 The chapel, located in the part of Aosta known in ancient times as “Terziere della Bicheria” faces onto what is now Via De Tillier and in Medieval times was an important town road for general traffic and trade activities. In “Bicheria” there was a church that had existed since at least 1245, dedicated to Saint Gratus. It probably stood between the current Via Croix de Ville and Via Lostan. However, the chapel was most likely built in the 15th century under the patronage of the Chapter of the Aosta Cathedral. For a certain period this would have existed alongside the ancient and larger church of Saint Gratus; perhaps only after the latter completely lost its importance, this small building became dedicated to the saint bishop of Aosta. In the 18th century it began to decline until it was given to firefighters (1780) and was subsequently used as a storehouse: the partial destruction of the fresco on the façade and of the upper part of the doorway for the creation of a new entrance dates back to this time. In the second half of the 19th century, the chapel was used as a dressmaker’s and clothing shop.

The façade is decorated with a votive fresco, a gift from the citizen Malcastia in 1512: following a late gothic style that was by then dying out, the painting represents the Madonna and Child among the saints Nicholas, Catherine, Barbara and Margaret to which Saint Gratus was later added. It is one of the rare testimonies of early 16th century painting in the Aosta Valley. The inside is made up of a rectangular hall leading towards a cross vault with pointed arches. The ribs characterise the sober late gothic architecture: these branch off from the keystone and are arranged along four corners until reaching the ground. The apse wall of the chapel shows a fresco that probably dates back to the last quarter of the 16th century, mentioned for the first time in the occasion of a pastoral visit in 1624. At the centre an elaborate architectural structure in classical style depicted using a trompe l’œil technique represents a Pietà with lots of characters at the foot of three impressive crosses. Some showcases with ledges and supports have been arranged to exhibit archaeological material unearthed during the excavations carried out in the restoration stages.