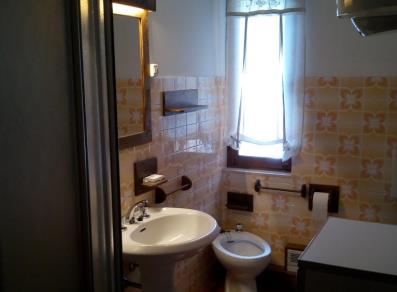 In 1786 an episcopal decree by Monsignor De Solar allowed the hamlet of Gaby to have its own parish, indipendent from the one of Issime: the parish church of Saint Michael archangel was built on the site of the ancient chapel of Saint-Michel of Chamboursiere (now Kiamourseyra). Already, the Saint-Michel chapel held an important role, so that in 1728 the notary Troc highlighted the need to extend it, since some of the followers were forced to attend functions outside.
The dates that summarize the history of the church are still readable on the portal of entry: “Dom 1786 erecta in parochia , 1824 constructa, 1829 consecrata”.
Inside the church it is possible to admire two valuable baroque altars, one of which, dedicated to St. Anthony, dating back to 1748 and coming from the primitive chapel.
Item of considerable interest is the wooden baroque canopy overcoming the main altar, only example in the Aosta Valley, realized by the sculptor Carlo del Ponte.