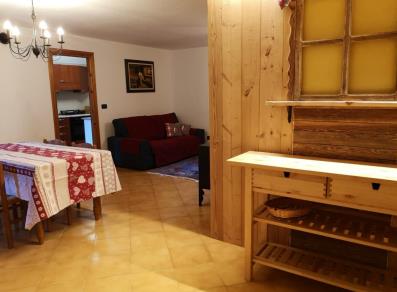 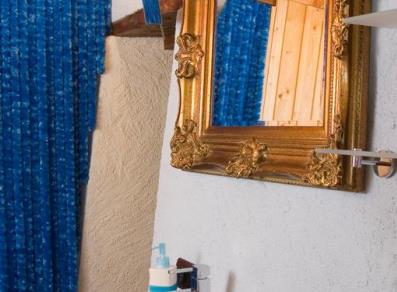 How: by car.
Recommended duration: two days.
Recommended period: all year round (July and August for the festivals and to visit the mountain pastures).
Distance: about 38 km.

The Great St. Bernard Valley and the Valpelline hold pleasant surprises for lovers of traditional gastronomy: spectacular aging rooms for Fontina cheese dug out of the rock inside an old copper mine, a DOP dry-cured ham and countless summer festivals.

Cured meats and sausages
In Saint-Rhémy-en-Bosses, or more precisely in the village of Saint-Rhémy, you can visit the aging facility of Jambon de Bosses, a local delicate dry-cured ham which has been awarded the ‘DOP’ mark (Protected Designation of Origin). The local climate and the special aging process give this cured meat its typical aromatic flavour. The products can also be tasted and purchased at the specialised shop ‘De Bosses depuis 1397 Jambon’ in Bosses.

Cheeses
In addition to Fontina DOP cheese, other fresh cow’s milk cheeses are produced by local farms which are scattered throughout the Aosta Valley (such as seras cheese and reblec cheese) as well as the matured (toma) cheese, goat cheeses and other milk derivatives.
The dairy farms can be visited upon reservation; they usually have their own shops on the premises and in the summer period some even let you visit the pastures situated high on the mountain.

At the Visitors Centre of the Milk and Fontina Cooperative Producers in Valpelline, there are several areas displaying educational boards and objects connected to the history and the world of Fontina cheese as well as a projection room in which a video shows the production phases of the Fontina DOP cheese, a multimedia workstation and a shop that sells cheeses, butter and Fontina cheese and Fondue.
At the side of the Visitor Centre a tunnel dug out of the rock is located which is used for aging the Fontina: the aging room can be visited at certain times, is housed in an old copper mine and offers a striking sight with hundreds of cheese wheels being aged, each one individually cared for by hand.

Interesting facts
The medieval towns of Etroubles and Saint-Rhémy are situated on a Roman road which runs from the city of Aosta and climbs the slopes of the Pennine Alps (Alpis Poenina), towards Valais and Northern Europe. This is the Via Francigena, which up until the Middle Ages, was the only connection between Italy and England; it was travelled on by foot, by horse or by mule in order to reach Rome from the hills of Great St. Bernard. It now passes through the centre of the Etroubles and Saint-Rhémy.

Since 2010, there has been a new artisan producer in Etroubles: Les Bières du Grand-Saint-Bernard, a business producing unfiltered, unpasteurised beer; it can be visited upon reservation.

Everyone in Valpelline prepares the local dish Seupa à la Vapelenentse – a delicious soup made of bread and Fontina cheese – with the pride of being both the ‘creator’ and the ‘guardian’ of this ancient recipe. The ‘Seupa à la Vapelenentse’ has been awarded with the DOC mark (Controlled Designation of Origin) due to the preparation methods used that still comply with the customs of the past: only the soup from Valpelline is ‘the real seupa’!

During the summer period, in the territory of these two valleys, various towns and villages are enlivened by festivals dedicated to local products and recipes.

At the beginning of July the undisputed star of local products is celebrated: the Vallée D’Aoste Jambon de Bosses.
The Seupa Festival brightens the municipality of Valpelline in the last week of July, the anniversary of the Patron Saint, and always attracts droves of loyal visitors and tourists who want to taste this delicious dish.
At the beginning of August, Saint-Oyen is host to the Festival of Roast Jambon, celebrating a traditional product from the Aosta Valley: the ham is cooked on a spit over enormous barbecues that burn fir, larch, pine, alder and ash wood sourced from the Great St. Bernard Upper Valley, until the distinct golden colour of the rind is obtained thanks to the application of an emulsion of white wine and honey.
Oyace, in mid-August, hosts the Fontina Festival where you can taste this DOP cheese alone or as an ingredient in various dishes.
Also in August, in Gignod, the Fëta di Teteun is held, which is dedicated to a delicious cured sausage typical of the town, the Teteun prepared using the cow’s udder and processed and flavoured in a special way so as to give the sausage a special flavour and consistency.
In Allein, at the end of August, the Fëta di Trifolle takes place; it is a potato festival which offers culinary specialities based of course on potato, including the delectable Sorsa di Allein: a first course made from potatoes, stock, broad beans, green beans, carrots, pears, apples and black bread.