NAME: Steinbock – Capra Ibex (in the local dialect: Boque)
ORDER AND FAMILIY: Artiodactyla, Bovidae
SIZE – Body (head included): 100-140 cm; tail length: 12-15 cm; shoulder height: 65-68 cm; male weight: 75-120 kg; female weight: 40-55kg; male horn length: 70-90 cm; female horn length: 25-30 cm.
HOW TO RECOGNIZE IT: The steinbock is a rather large sized animal, it has strong and powerful legs which end with hoofed paws. These allow the animal to move freely also in rocky environments.
The species is easily recognizable because of its typical horns, which are greatly developed and crumpled in males (maximum length 100 cm, weight 5kg) and smaller in females (maximum length 30 cm). In bucks, the front side of the horns bears humps known as ornament rings. The age of the animal (both male and female) is established by counting the growth rings visible on the back side of the horns. Its coat, usually grey-brown in color, becomes darker in the winter. Steinbock tracks, from 7 to 10 cm long and about 6 cm large, can be easily detected due to the presence of the two big nails in the foot which are slightly apart from each other. As the chamois, the steinbock utters a whistle when it gets alarmed. This sound is made by a strong emission of air through its nostrils. Its bleat is a way of communicating between females and their young.
BIOLOGY – In the Aosta Valley the steinbock is usually to be found from 1,800 m to 3,000 m a.s.l., while in springtime it is also present in pastures of the valley floor. Its ideal habitat consists of pastures and rocky areas which should include shelters under rock and terraces. In the winter season it stays at high altitude, moving around south facing slopes where the inclination of the ground allows a more rapid melting of the snow. Mating occurs in the months of December and January, though since November long and noisy fights between bucks take place. After about a six-month gestation, females give birth to a young which is able to stand and follow its mother anywhere after a few hours.
Steinbocks live in herds, females and their young separately from bucks. Usually, older bucks live individually. Steinbocks are herbivorous and their diet consists mainly of high pasture grass. In the winter, as well as consuming the subcutaneous fat they have stored previously, they feed on lichens, mosses, conifer needles and dried grass they find digging with their paws under the snow. Steinbocks usually graze in the early morning or in the evening, while the central part of the day is spent ruminating in peaceful and shady surroundings. Due to the disappearing of large predators, steinbocks do not have natural enemies except for the golden eagle which can be a danger for the young only.
LOCAL DISTRIBUTION – Steinbocks can be easily seen on mountain pastures and on rocky outcrops from 1,800 m to 3,500 m a.s.l. in the summer season.

NAME: LYNX, Lynx lynx, (in the local dialect: Cerveillon).
ORDER AND FAMILY : Carnivora, Felidae.
DIMENSIONS – Length of the body (head included): 80-110 cm; tail length: 20 cm; shoulder height: 55-70 cm; weight: 15-30 kg.
HOW TO RECOGNIZE IT: The lynx can be easily recognized because of the tufts of hair on the tip of the ears and the rather short tail. In the summer the color of the fur is brown-reddish with black spots, while in the winter it gets grey and less spotty. In the winter season its coat also becomes much thicker. The paws have claws which are drawn back when the animal walks, as a consequence the tracks left on the snow or on muddy grounds do not show them.
This fact is of great importance because it allows the animal to preserve its claws, essential hunting arms, sharp. The lynx track can reach 7 cm in length and it is similar to a cat’s track, though its dimension are much bigger. The lynx is extremely reserved and, as a consequence, it is not easily to watch it directly; the marks left on the ground (tracks, partially eaten remains of preys, tufts of hair) are the only hints which tells us of its being present in a certain area.
BIOLOGY – The lynx is a typical inhabitant of coniferous forests, only rarely it can be found beyond the higher limit of vegetation.
It prefers vast and thick forests while it carefully avoids areas inhabited by human beings as well as open or deforested spaces. This carnivore is a solitary night predator, it feeds on small sized animals such as mice, but it is able to catch hares, marmots, black grouses and even roe deer and chamois. It hunts hiding in the vegetation or among the rocks, stalking and waiting for their preys to get closer so that it can pounce onto them. If the lynx does not catch its prey at once, its chances of success are enormously reduced as, due to its limited cardiac power, this animal is not able to chase its preys for long time. Its most developed senses are the sight (from which the saying “a lynx-eyed person”) and the hearing, the latter being particularly important for its orienteering during its forest hunting. Mating takes place in February-March: after a ten-week gestation the female will usually give birth to two kittens. They are nourished by their mother for several months and they start feed on meat before the end of lactation. Their teeth develop during their first year: the canine teeth, which are essential for hunting, grow last. This is the reason why kittens in their first winter can not survive without their mother bringing them food.
HISTORICAL DIFFUSION – In the Aosta Valley the last lynxes were caught at the beginning of XX century: some historical news refers specifically to the Rhême Valley and the Valsavarenche Valley. Thanks to its being protected and to the reintroductions which have been taking place in many European countries, the lynx is progressively coming back into the territories from which it had disappeared. 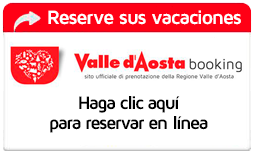 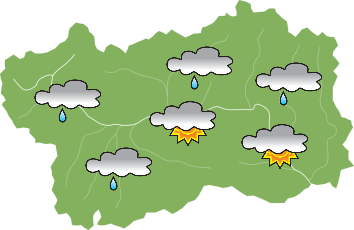