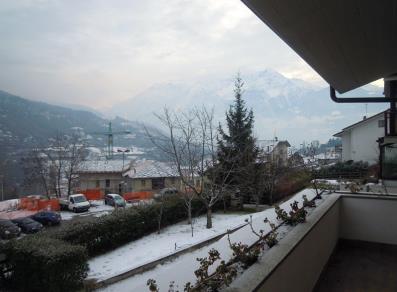 This example of a late “mono-block” castle, probably built in the fourteenth century, stands on a plateau at a crossroads of paths leading along the valley bottom and the roads towards the larger valley located to the south, known since Medieval times for the presence of iron, bronze and manganese mines.
Closely linked to the Challant family, the castle was passed to the Bianco di San Secondo family in the seventeenth century to then be acquired by the mine exploration society in the eighteenth century, and finally becoming a municipal property in the twentieth century.
Steadily going to ruin as a result of its progressive neglect, today the building appears in a poor state of conservation.
The intervention campaign aims to make the entire complex safe by reinforcing the eastern side and the tower, with plans for restoration of the partially collapsed southern side.