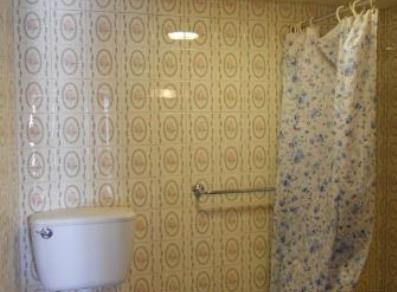 Breuil-Cervinia was founded in the first half of the XX century, and is today, together with Courmayeur, the most famous tourist centre in Valle d’Aosta. Breuil Valley is a vast basin at the top of Valtournenche, 2,000 metres high.
Already known to mountaineers who attempted to climb Cervino at the end of the eighteenth-century, its fortunate tourist development was due to the large cable railway systems.
Thanks to a considerable increase in the accommodation and sporting structures, this district is today a holiday resort of international level and fame.
The ski resort offers unbeatable natural scenery, dominated by Cervino, which reigns supreme with its unmistakable, granite pyramid; the domaine-skiable, connected to the Swiss pistes of Zermatt and those in Valtournenche, extend for 350 kilometres: it is one of the largest in the Alps, where you can ski all day without doing the same stretch twice, therefore offering you the possibility to choose from a vast range of routes suitable for every type of skier.
In the company of a ski instructor or an Alpine guide, you can take some of the most spectacular, off-piste routes in the Alps.
Here, you can ski all year round, even in the summer, thanks to the systems that allow you to quickly reach the Plateau Rosa and Ventina glaciers.
There are plenty of walks for lovers of trekking.
Cervinia offers a 18 hole golf course and one of the highest in Europe; there is an illuminated ice skating and rollerblading system, there are indoor, heated swimming pools, tennis courts, horse-riding, play areas and adventure parks and sports fishing and you can also heliski.
And for the most fearless, Breuil Cervinia offers you the chance to paraglide, kite sail, air board or go snow tubbing, snow biking and take excursions on a snowmobile.
Cervino, “the most noble rock in Europe”, as was defined by an old, admiring visitor, with its majestic mass has always represented an irresistible attraction for mountaineering enthusiasts.
Plenty of people, some of whom famous, have managed to climb to the top of this fascinating peak thanks to the experienced guidance of Valdostane Alpine Guides.
A Guides Festival is organised each year, on the 15th of August. It is an occasion for folklorist events, as well as practical demonstrations of climbing and first aid techniques. At the end of July the Cervino International Film Festival, an exhibition of mountain films, is organised.
Of the events, we would like to remind you of the torchlight procession at the end of the year, the high ground racing of the best skyrunners, the Maxiavalanche, the international mountain biking and snowboard competitions.
Lastly, worth noting, the “Mezzalama Trophy”, a prestigious competition of organised ski mountaineering, every second year, on a breathtaking route between Cervinia and Gressoney-La-Trinité, which reaches 4,000 metres above sea level, taking in the highest peaks of the Monte Rosa massif.