Tastes and scents of Gran Paradiso: Cogne and the surrounding area 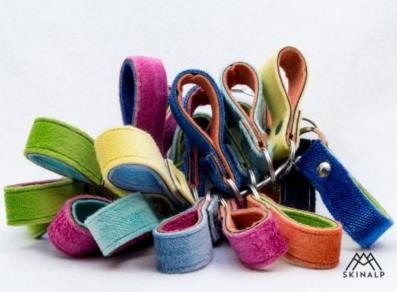 How: by car.
Recommended duration: two days.
Recommended period: all year round (summer for visiting the mountain pastures).
Distance: around 23 Km.

A journey through Cogne to savour some of the best wines of the region and discover the gastronomic specialities of an area famous for its ancient traditions.

Wines
The area of the central valley, near Gran Paradiso, is noted for its flourishing viticulture. The dense terraced area shows the drive and commitment of the farmers to use all of the available land, which is certainly not easy in this mountainous environment. The alpine climate has a huge influence on the organoleptic characteristics of the local wines: the late harvested grapes are subjected to strong fluctuations in temperature due to the thermal excursion which occurs in autumn; this phenomenon, typical of mountainous areas, promotes the formation of aromatic precursors in the bunch, which notably enrich the aroma of the wines.

Cheeses
In addition to Fontina DOP (with Protected Designation of Origin) cheese, which is widely produced all over the Aosta Valley, you can also taste other fresh cow’s milk cheeses (such as seras) and matured cheeses, Goat cheeses in addition to other milk derivatives (yoghurt).

Interesting facts
The local cuisine of Cogne is rich and delectable, among the local dishes you cannot miss the Seupetta, a delicious soup based on rice and DOP Fontina cheese. Those with a sweet tooth will certainly enjoy the heavenly ‘mécoulin’ which is similar to the Italian panettone and is sweetened with plump raisins and flavoured with lemon zest and rum. Also not to be missed is the exquisite cream of Cogne, a delectable soft serve dessert based on cream, sugar and dark chocolate with a splash of rum.
The use of rum would seem rather unusual in these local dishes as it is certainly not liquor typical of the Aosta Valley. The typical liquor here is génépy?
It is believed that the first sugar cane distillate was produced by a French monk, Jean Baptiste Labat, by using special alembic stills produced in the Cognac area. Gradually, the consumption of this distillate spread beyond the borders of the Caribbean and filtered into the American colonies, until eventually it became a trading commodity and even a form of payment. It was 1700: the Cogne area carried out frequent trades with nearby Piedmont, at the time both lands being French, and rum was certainly amongst the traded goods, coinciding with the rising demand for sugar in Europe. So it is no wonder that the use of this aromatic distillate was quickly learned in the Cogne area.
The seupetta di Cogne is an old traditional dish in the Aosta Valley: it is one of many simple dishes typical of high mountain areas, traditionally prepared with the few ingredients which were available to peasant families at the time. Rice, which is certainly not a typical product of Cogne, was exchanged for local pasture products and therefore was used abundantly in local dishes as it long shelf life allowed to use it for setting up food stocks for the long and isolated winter at the foot of the Gran Paradiso.
In the penultimate week of July, you can visit the Festival of the Favò , a tasty dish based on broad beans, which takes place in the rural village of Ozein, in the municipality of Aymavilles, situated on a panoramic natural terrace which offers an enchanting view. Favò is a very special and delicious soup made from broad beans, Fontina cheese, black bread toasted in butter, sausage, pancetta bacon and pasta, which is perfectly accompanied by a fragrant red wine which such as ‘Torrette’ from Aymavilles.
The uniqueness of this recipe is given by the broad beans which are usually used in Southern Italian cuisine, especially in Sicily and the area of Rome. These beans, known as ‘poor man’s meat’, are rich in protein, low in calories and have a long culinary history; it is said that the broad been was already widespread throughout Europe during the Bronze and Iron Ages, but the most significant testimonies are the numerous references made to the broad bean in the Greek and Roman eras; it is also interesting to note that the black bean was considered as a burial offering, because it was thought that they would contain the souls of the departed. It was also believed that the dead souls who had not found peace would pass through the stem of this plant, which has no nodes, from Hades to the human world. In his De re coquinaria (On the subject of cooking), the Latin writer Apicius described, some recipes which use broad beans, whilst during the Medieval era, the consumption of broad beans was more common to the poorer classes; later, with the discovery of America, the consumption of these pulses started to diminish in favour of the common bean. Why the broad bean is celebrated in the kitchens of Ozein remains a mystery still to be solved; is it the legacy of a distant Roman and Mediterranean presence during the time of Caius Avillius Caimus, a rich ‘entrepreneur’ from Padua who financed the construction of the spectacular bridge and aqueduct ‘Pont d’Aël’ at the end of the first century BC? Or is it simply testimony of consumption of a dry food that could be stored for a long time and sold along with local pasture products, and which simultaneously possessed nutritional characteristics which were suitable to the hard mountain life? The mystery still remains unsolved today, but in the meantime, you should try a dish of Favò as soon as you can … it will be worth it!

In addition to the aforementioned Favò Festival in Ozein, the veillà in Cogne is an unmissable revival of ancient crafts. During the event you can taste local typical dishes (other ‘veillà’ events will also take place in the various hamlets during July and August).
At the end of September, the people of Cogne celebrate the return of the cattle from their summer alpine pastures. This colourful event is commended with a spectacular parade of animals and a market of local products and handicrafts; during the Devétéya (the return from the mountains) many restaurants in Cogne offer themed menus.

Along this route you can also visit :
Lace from Cogne - "Les Dentellières" Cooperative