Tastes and scents of Gran Paradiso: from the bottom of the valley to Valgrisenche 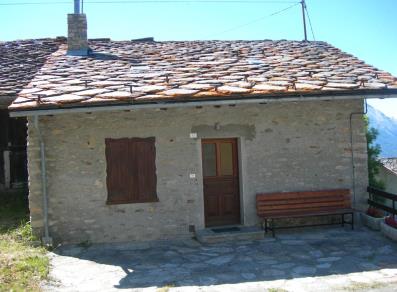 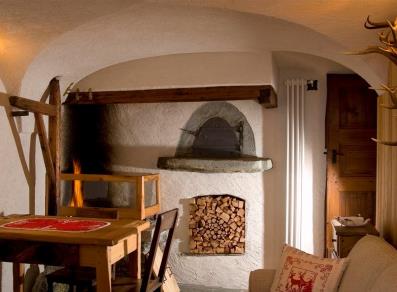 A route to appreciate the local wines and gastronomic specialities and to discover peasant traditions and rural architecture.

The journey starts at Arvier, where a famous red wine of the Gran Paradiso area is produced, the Enfer d’Arvier which was among the first to obtain the highly regarded ‘DOC’ marking (Denomination of Controlled Origin) in 1972.
The vineyards dominate the area, mainly on the left bank of the Dora river, in an area historically adapted to the grapevine; the natural structure of the valley is an amphitheatre which provides the best conditions for the vines to grow, in a position that is so sunny to be known as the ‘Inferno’.
The Coopérative de l’Enfer can be visited upon prior booking and tasting can be organised on request.
Seven hundred members contribute their grapes each year for the production of around 50,000 bottles of wine which are produced with 85% of Petit Rouge grapes and, for the remainder part, with another five types of grapes permitted by regulations on winemaking.
With the entrance of new members from Avise, the cooperative started to produce the Soleil Couchant wine, a single grape wine obtained from the Pinot Grigio vine. In the same area, the Vin des Seigneurs entered into production in 2006; it is a single grape wine obtained from the Mayolet, an ancient variety of red grape native to the Aosta Valley.

In June, visitors to the area must take a trip to Avise and attend the unmissable Fiocca Festival (whipped cream), the first edition of which took place in 1972. The festival is held in the village of Baulin, about 1800 m above sea level on the edge of the Valgrisenche area.
The ‘fiocca’ is whipped by hand with vigorous force using ‘fouets’, i.e. willow whips, inside a cave where ice can be kept even in summer.
After the usual road race followed by a lunch of local products, the highlight of the festival is the free distribution of fiocca.

Again in Avise, in the hamlet of Runaz, the traditional Chestnut Festival takes place on the last Sunday of October. The chestnut played an important role in the diet and economy of the peasants from the Aosta Valley and is freely distributed with joy and kindness during the festival.

Continuing in the Valgrisenche area, it is also possible to visit the aging room of the Milk and Fontina Cooperative Producers, from April to October, upon reservation. The aging room is located at a high altitude (1700 metres) and is housed in a former gunpowder room dug out in the rock near the fort of Valgrisenche, dating back to the end of the 13th Century. The perfect balance between the temperature which is around 8° C all year round, and the 98% humidity makes this place the ideal environment for maturing the Fontina DOP cheese.

Another traditional product of Valgrisenche is the drap, a rustic fabric made from sheep’s wool on ancient maple-wood looms. As far back as can be remembered, the inhabitants of the Valley have devoted themselves to weaving, especially the men, who were more suited to manoeuvring the rudimentary looms.
The drap tradition is still kept alive today thanks to the valuable work of the cooperative Les Tisserands, whose workshop can be visited. The exhibition on the history of the Drap has also been put on display by the groups and can be visited upon reservation.

Enjoy an overnight stay in one of the accommodation facilities in Valgrisenche and savour a delicious dinner made from local products.
In the summer, trekking enthusiasts can take a 2 hours’ walk from Usellière to the Mario Bezzi refuge restaurant that was awarded the “Saveurs du Val d’Aoste” mark due to the quality and care put into food; here you can also stay overnight. The mountain refuge is at 2284 metres above sea level.

Another awarded facility can be found in the small village of Gerbelle, five minute walk from the capital. The Maison Bovard is a typical house made from stone and wood which offers bed & breakfast with products from the Aosta Valley.

Back in the central valley, in Introd, food and wine lovers can visit the permanent exhibition which illustrates the traditional food products of the Aosta Valley and the evolution of the storage techniques over the centuries.
In the mountainous areas, where land rests for many months and is not able to be cultivated all year round, the local people found a way to store food to feed themselves between one harvest and the next by using various principles of physics and chemistry: the cold, salting, drying, smoking and isolation from cold and light.
The exhibition is displayed in the Maison Bruil, one of the greatest examples of rural architecture in the Gran Paradiso area. It is an old rural farmhouse where all the spaces necessary for the survival of animals and people were grouped under a single roof.
The tour unravels over three floors between the various typical rooms of a traditional home which have been restored to their original function. The old cheese and wine cellar or ‘crotta’ in local dialect, the natural cooler, the small cellar or ‘crotteun’, the ‘peillo’ which was the main heated room in the house, as well as the drying areas and the loft, are just some of the areas which are accessible to the public who want to learn more about traditional architecture.

The Maison Bruil reserves a special space for local products: l’Atelier du Goût. This is also a window display where the area and its products can be discovered along with the producer network ‘Espace Grand Paradis’. Presentations of agricultural food products are organised at the workshop which offer personal interaction with the producers.

Also in Introd, the winery Lo Triolet is located, where the Martin family, in addition to the winery, also manage a small agritourism establishment housed in an old building which dates back to 1656 and offers two apartments which sleep 4 and 5 people.
The Pinot Grigio is a variety of grape suited to growing at an altitude of 800 meters and is well adapted to the microclimate of Introd, which allows the production of very aromatic and full bodied wine, which is becomes even excellent when aged in ‘barrique’ oak barrels.

In the area between Villeneuve and Saint-Pierre there are also private wineries which can be visited upon reservation.

The wine growing vocation of the area is confirmed by the Fiha di Barmé, the festival of the ‘barmé’ which takes place in mid-August in Villeneuve. From early afternoon, the ‘barmé’, the characteristic wine cellars of the village, offer the opportunity to taste various wines and local products from the Aosta Valley. Each barmé is different from the other, they are all carved into the rock of the Becca, the mountain which overlooks Villeneuve, and are characterized by consistent temperature, around 10 degrees, ideal for storing wine and cheese. The festival continues until late at night, both in the wine cellars and in the pavilion which is set up for dinner and musical entertainment.

As well as the flourishing viticulture, the most cultivated fruit in the Aosta Valley is the apple. Large fruit orchards can be found in the Saint-Pierre, Sarre and Villeneuve areas where the Renetta apple, is grown with its fine, scented flesh and wrinkled rusty-yellow skin, as well as the Golden Delicious- a juicy, sweet, crunchy apple with blushed yellow skin.

Why not take the delicious tastes of the tour home? In Saint-Pierre you can buy most of the food produced in the Aosta Valley region at the shop Pain de Coucou. The shop offers particularly fine products which are mostly hand made by traditional artisans; among the products are the lardo di Arnad DOP, (bacon fat), the Fontina DOP cheese, the goat cheeses, the various local types of honey, the wines, the grappa, the apples and their derivatives such as apple vinegar and apple juice, whole wheat and rye bread, grissini breadsticks, traditional desserts and many other delicacies. There are also various handicraft objects typical of the area.