the museum is closed

Reduced: € 1.50
The reduction is applied to members of the armed forces in uniform, university students, residents in Aosta Valley and groups of at least 25 paying persons.

Free entry for people under 18 years, school groups and residents of the Unité des Communes Walser.

When fee exhibitions are organized, the museum entrance ticket also includes the access to the exhibition.

The museum is partially accessible (ground floor) to people with disabilities. 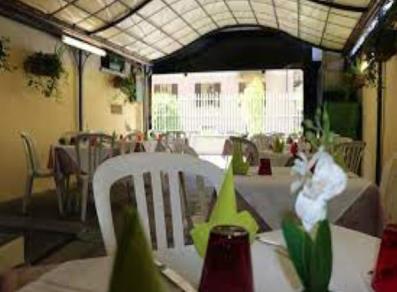 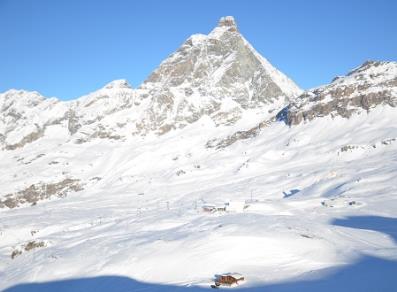 In his testament drawn up in Augsburg and dated 11 February 1882, Baron Luigi Beck-Peccoz asked for his collection of trophies to be transported to Gressoney and arranged in a purposely-built building allocating a large sum of money to it.
At the start of the 20th century His brothers Antonio and Carlo, the executors of his will, built the museum at Gressoney-Saint-Jean, in Predeloasch, a few metres from Villa Margherita.
Inside the building, in rooms decorated with German-style frescoes, Egon Beck-Peccoz, Antonio’s son, collected and displayed the rare and rich collection of hunting trophies, antique weapons, and other precious family heirlooms such as portraits, paintings, books and publications on Alpine fauna and flora.
The building complete with collections of trophies and antique weapons was bought by Regione Valle d’Aosta in 1986.
The Val d’Aosta Forest Guard designed and created a new museum and at the same time ensured the conservation and safeguard of historical collections.

The hunting trophies collection
Johann Christoph Beck (1749-1818), part of a line of hunting enthusiasts, was struck by the variety of horns and antlers seen during his travels beyond the Alps, first during his trade travels and then as head of the procurement section of Napoleon’s army. So, whenever possible he bought hunting trophies which, in his opinion, had particular characteristics, unconsciously undergoing the tendency in vogue during the enlightenment of collecting and cataloguing the anomalies of nature. He was responsible for the first and oldest section of the collection. Later, his son Joseph Anton (1808-1882) completed the collection magnificently, stimulated by the fashion of the time whereby Bavarian families decorated their palaces with extraordinary hunting trophies, a kind of competition where he was often the winner. For this reason, by giving him the noble title, King Louis I of Bavaria gave him permission to use the deer on his family coat of arms, later replaced by a rock goat by King Charles Albert when he gave the title of the kingdom of Piedmont. His sons, Luigi, Antonio and Carlo constructed the current building in 1904.
The collection of around 2000 pieces (horns and antlers mounted on shields) includes chamois, rock goats, deer and roes and various trophies of local and exotic wild fauna. Of particular interest are the examples of Siberian roe (Capreolus pygargus) and the cross between the goat and the rock goat.
The quality of the trophies and interesting examples of different types of bone malformation give historical and scientific significance to the collection.

The weapons collection
There is a small but very interesting weaponry on the first floor of the museum. The original display cabinets contain a 90-piece collection of long and short weapons, fire and military arms. Of particular interest are the long front- and rear-loading hunting arms. These are mostly combined arms: ball and shot, billing, drilling and over-and-under. The hunting rifles on display are equipped with sophisticated mechanisms and have barrels in fine damask and butts made of walnut root. Frames and frame plates are finely carved with hunting scenes. These rifles have reached us in excellent condition and are unique items used by the Barons Beck-Peccoz to hunt at the end of the 19th and beginning of the 20th century.