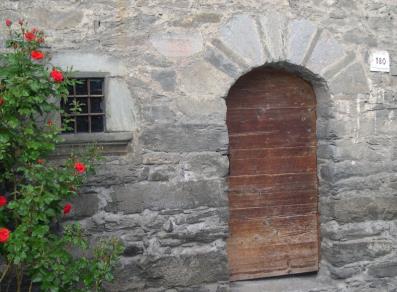 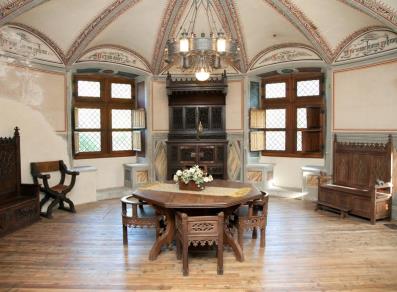 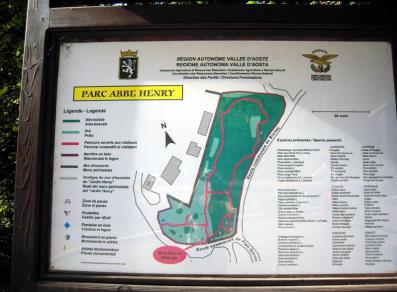 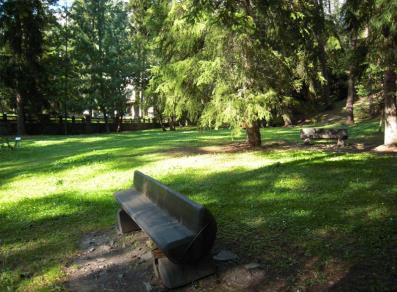 Paradisia was founded in July 1955 and owes its name to the Paradise lily, Paradies Liliastrum, which dwells in the alpine meadows and pastures. At 1700 metres above sea level, Valnontey was chosen for it relatively moderate altitude, the conformation of its soil and its exposure, which reproduce various habitats, and for the magnificent backdrop of the Gran Paradiso. In 1964 the mountain biology station was set up near the gardens for research into the park’s flora and fauna. In 1971 the scientific unit was handed over to the park’s scientific studies commission. Work began on ecological reconstruction of the gardens, the herbarium of spontaneous flora and the seed bank.

Paradisia hosts more than a thousand vegetable varieties from European and worldwide mountains, that are of interest to tourists and scholars alike. The latter will also find a herbarium, a laboratory and a small library. In order to enhance the educational-scientific aspects, several natural environments have been recreated inside Paradisia with the vegetable combinations that characterise them (pseudo-steppe, peat bog, moraines, limestone debris, alder woods). Each of these is marked with an explanatory panel giving the main characteristics. Each specimen is labelled with its scientific and common names.

Botanical itineraries
Two itineraries take you through the Gardens. The first is marked black and goes through the central part of the park, characterised by rock gardens and the recreation of several environments, while the second, marked yellow, takes you through the outer areas of the gardens. Both itineraries can be followed with the help of a guidebook or audio recording.

Petrographic exhibition: collection of several rock samples typical of the Cogne valley and other areas of the park.

Lichen collection: grows spontaneously on 10 rocks in the garden.

Butterfly garden: along the trail, with the help of explanatory panels you can discover the wonderful world of these insects, which are drawn to the cultivated plants on which they feed.