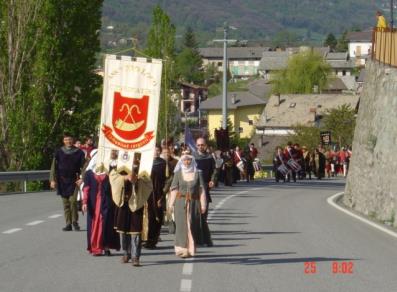 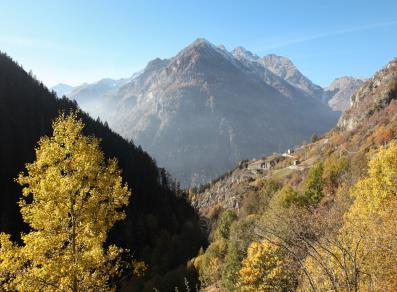 Opened in 1901, devised by Abbot Joseph-Marie Henry, it is situated in Plangorret 1,272 above sea level. At the time, the gardens boasted more 250 varieties of flowers, collected by the abbot during his countless excursions, and 150 exotic flower specimens. For several years the botanical gardens were cared for lovingly by its creator and were the destination of numerous tourists and botanists, until Abbé Henry was transferred and the garden went into slow and progressive decay. It wasn’t until 1987 that the area was cleaned and fenced off by the Val d’Aosta Forest Guard for an exhibition organised for the fortieth anniversary since the death of Abbé Henry, and the forest species were labelled with plates at the base of the specimens.
Little is left of the “Jardin Henry”, which extended for around 1,200 m2, however a few shrubs planted as side protection are still visible: privet, blackthorn, dog rose and burnet rose , hawthorn, lantana, lonicera, etc..
A much vaster area was fenced off, covering a surface area of more than 13,000 m2., creating a wooded complex with the characteristics of a park.
This wonderful green space encloses diverse and fascinating tree and shrub vegetation, mostly spontaneous. There are however, several exotic species planted during the 1930s, including a Douglas fir and a grand fir, recently given monument status.