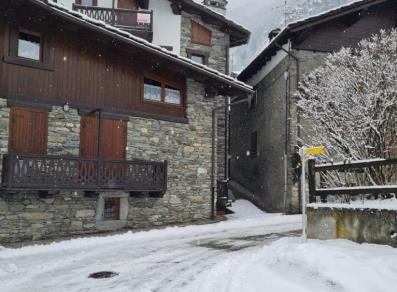 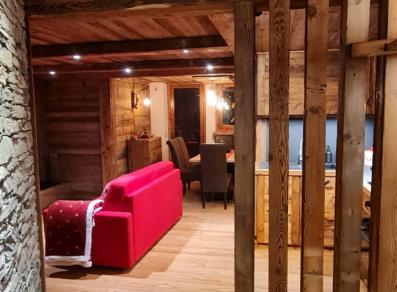 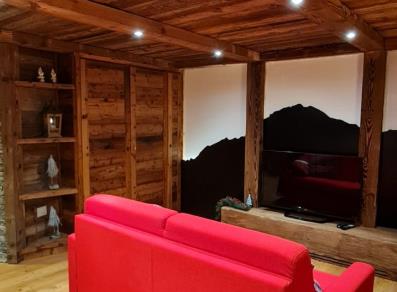 In the hamlet of Porossan, in Chiou stands a magnificent aqueduct-bridge across the “ru Prévôt” canal. It is a magnificent construction in partially plastered stone and lime, stretching approximately 70 metres in length, that allows the canal to flow through the valley below, where the river Parléaz runs, between the villages of Neyves and Serod (Porossan) in Aosta. The bridge gives off a feeling of grandness due both to its stone roof and because of some windows that light up inside making the inside visible.

The “rus” are canals that carry water to the driest parts of the region.
This vast network of canals, the most complete and well organised in the Alpine range, dates back to Medieval times, from the beginning of the XIII century to the end of the XV century, when the warm, dry climate and poor rainfall made it essential to set up new irrigation structures. The rus pass through forests, meadows and hills and head down towards the main valley, sending water drawn from the upper flow of rivers towards the inhabited areas and making the mountainous ridges fertile.

The Ru Prévôt takes its name from the Cathedral provost, Enrico di Quart who had it built in 1288 and includes the 70 metre long Porossan aqueduct on its trail, described by the abbé Henry, historian, writer and mountaineer, as “one of the most beautiful monuments preserved from Medieval times”.