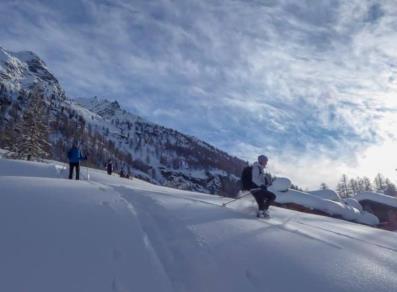 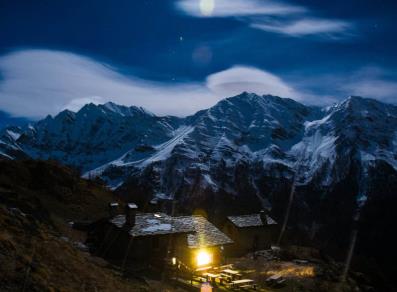 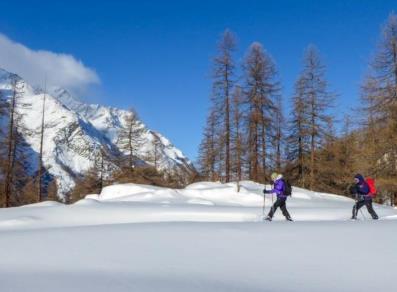 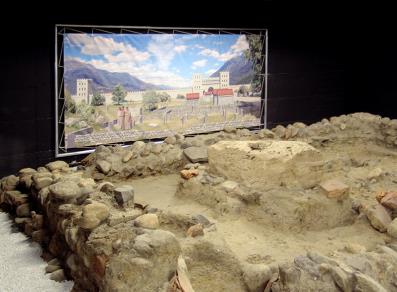 “Rascard” are buildings typical to the Val d’Ayas. They are made of squared and stripped pine, fir and larch logs, notched together at the corners. These buildings were once exclusively used to store cereal and were designed to prevent humidity from forming and rodents from entering. The strategies adopted to solve these problems varied according to the type. In the most widespread and popular model, the rascard is supported by a series of “mushrooms”, wood columns about 70 cm long, often crown by a “losa” disk (flat stone, normally used for roofing). In other cases, like in the villages of Extrepiéraz or Mascognaz, harvests were protected by place a series of “lose” around the “rascard”, protruding beyond the base with a 40 centimetre high layer of fine plaster.
“Concentrated” rascard are buildings at least three stories high with two-story brick bases. The stables and cellar were on the ground floor. The middle floor was used as the house, clearly divided in two rooms, the “majòn” and the “péillo”, mainly used in the summer due to the high upward heat dispersion since the third floor of the rascard was suspended on the “mushrooms”. To fight off the cold, the family moved to the “gabenet”, a small area in the stable used as living quarters. The living quarters was usually in the brightest part, next to the door and near windows, and was separated from the stables by a low plank wall. Wood planks were also used to line walls and the floor. An iron cook stove, buckets of water in a corner, a folding table to save space, a bench and chest resting on the beds against the walls, gas lamps and a few shelves furnished the “gabenet” where the family lived for a few months during the year, preferring the animals’ company to the cold.
There are beautiful examples of rascard in the following villages: Frantse, Cunéaz, St. Jacques, Blanchard, Pilaz, Antagnod , Lignod, Mascognaz, Péio, Pra-Sec, Magnechoulaz, Mandrou in the municipality of Ayas; Extrepiéraz, Pasquier and Graines in the municipality of Brusson; Isollaz in the municipality of Challand St. Victor.