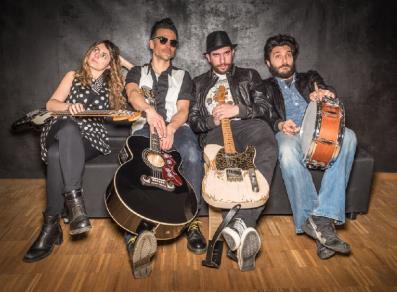 Pont-Saint-Martin is the first municipality you come across when arriving in the Aosta Valley from Piedmont and owes its name to the most famous monument, located right in the heart of the town: the spectacular stone bridge built by the Romans in the 1st century BC which, due to its size, is a very rare example of a single-span bridge.
Its position makes it an excellent starting point both for those who want to access the Lys (or Gressoney) valley and for those who want to visit various places in the Aosta Valley, moving along the central axis to eventually climb the side valleys.
You can explore this territory also on foot: in Pont-Saint-Martin begins and ends the Cammino Balteo, an itinerary allowing you to discover the historical and cultural heritage of the region at medium-low altitudes in every season.

WHAT TO SEE
● The Roman Bridge with the Museum of the Roman Bridge: they are located in the centre of the village, next to the main square. Passing from Via Roma you can walk across the bridge, or admire it from below from the flower beds that line it.
● The Fortified house of the lords of Pont-Saint-Martin: also called “’l Castel”, it is located in the historic centre of the village, behind the town hall square and close to the parish church. Recently restored, it can be visited when exhibitions are set up inside, or upon reservation.

NATURE AND SPORT
If you move just a little from the residential area, you will find yourself immersed in nature, among centenary birches and chestnut trees.
The walk leading to the Baraing castle is very pleasant; going further, you reach the Bousc Daré picnic area and, even further, the ruins of the medieval castle. Descending along the Regional Road 44, you pass in front of the ancient Fontaney cemetery with the church inside of it.
Going up beyond the hamlet of Ivery, you can reach, in the village called Suzey, the nature reserve of the Holay Pond and you can see the ruins of an ancient castle.
In Pont-Saint-Martin there is a sports hall, where you can practice various sports activities. At the Maison du Boulodrome there are some bowls fields and it is possible to practice tennis all year round in the courts next to the public gardens.
Skateboarders can find an equipped area near the train station.

EVENTS AND TRADITIONS
● The historic Carnival has been taking place in Pont-Saint-Martin for over a hundred years, starting on Fat Thursday until Ash Wednesday. The characters that animate it recall various events: the historical fact of the invasion of the Romans against the native Salassi population; the legend of the Devil who built the bridge for Saint Martin, who made fun of him by letting a hungry dog pass first and the legend of the Nymph of Lys who, offended, wanted to destroy the village, but then let herself be moved and spared it.
● The Patronal Feast of Saint Lawrence takes place in the area of the public gardens in the evenings of the days close to 10th August, the day on which the feast of the patron saint of Pont-Saint-Martin is celebrated.

FOR THE LITTLE ONES
Not far from the town centre, along the Lys banks, families can find the public gardens, a green area where there are many games for children: from swings to rides, from pulleys to spring games. There are also fields for practicing various sports.
During the summer, in the area closest to the stream, there is an outdoor pool, even for the very little ones, but they must be accompanied by their parents.