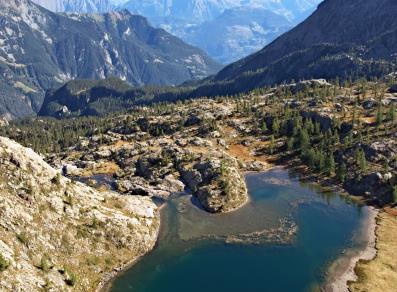 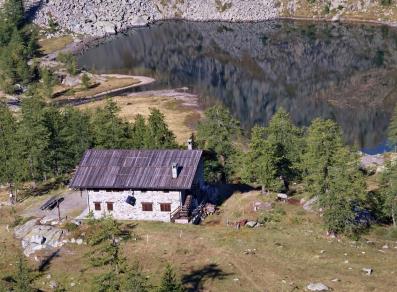 From the square in Lillaz, in the municipality of Cogne, take route AV2 which continues into the Urtier valley. After reaching a group of houses and going past a short section of a penstock, it goes up into a wood, and after crossing a number of meadows, reaches the pasture of Goilles Inferiore. Next, the trail goes over the stream, across a small bridge, and continues on the orographic left bank, climbing up inside the wood. You then come to junction where the trees become less dense. Continue along the same itinerary, ignoring the path (13G) to the right that goes into Bardoney valley, until you come to the P.N.G.P. park guard’s lodge. Continue further and the itinerary leads to further crossroads where, on the right, you ignore route 13D for Colle Acque Rosse, then 13B and 13C for the Miserini lakes. From here, after crossing several brooks, you come to the Sogno Péradza refuge, from where, amid stone terrain, the trail climbs to Col Fenêtre de Champorcher, near which there is an old military shelter.