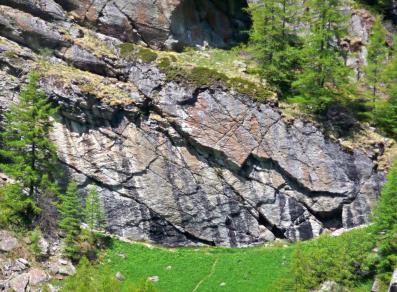 Founded around the year one thousand by the Benedictines of the San Benigno di Fruttuaria abbey in Piemone, then passed to the religious of the Great Saint Bernard since the 12th century, the priory of Saint-Bénin was transformed into a College of Higher Studies by Pope Clement VIII with a bubble of 1597.

For more than three centuries the “Collège Saint-Bénin” nourished the local culture and formed the secular ruling class of the Aosta Valley.
According to tradition, it was from the Benedictines of Saint-Benin that Sant’Anselmo learned the first rudiments of culture and cultivated the vocation that would lead him to the primatial seat of Canterbury.

Today the vast chapel of the Collegio, rebuilt from 1676 to 1680 next to the Romanesque bell tower with mullioned windows of the XII century, is used as a prestigious venue for exhibitions dedicated to national and international modern and contemporary art.