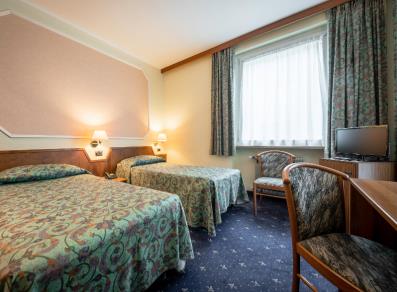 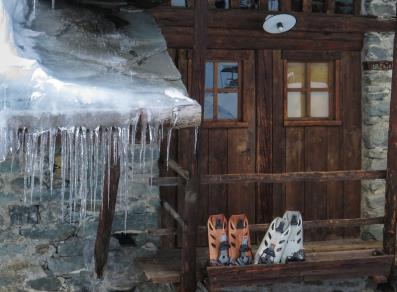 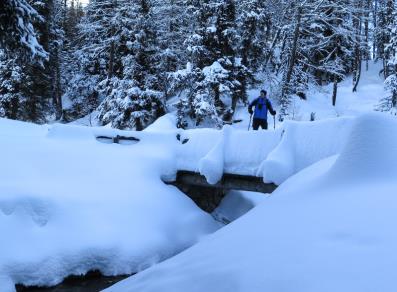 Opened on the 22nd of July 2011, the treasure museum of the Etroubles’ parish church is composed by five cases containing precious holy objects, some of them going back to the beginning of the 15th century.

In the three cases placed under the matroneum on the right side, among the goldsmith’s crafts, three chalices dating back to the first decades of the 15th century are worthy to see. One of them, in silver, has got under his foot, the trademark of an unknown goldsmith, whose hand is also recognizable in the chalice of the Courmayeur’s church, realized in 1410; the special shape of the foot and the adorned knot are typical of the sacred pot spread in the alpine zone, between the French Savoie, the Aosta Valley end the Swiss canton of Vaud. A processional cross of the beginning of the 15th century is clad with iron leaves covered by silver and gold and orned, at the end of his arms, by the representation of the Blessed Virgin, Saint John Evangelist, the mystic pelican and the evangelists. The reliquary of the middle 15th century is covered by iron leaves decorated with flowers, like the reliquary of the Holy Grato in the Aosta cathedral, finished in 1458.

Still admirable are the big processional cross covered by silver bounced leaves made by the silversmith of Turin Antonio Benedetto Caire dating back to the second quarter of the 18th century, and the chalice in smooth silver produced by Giovanni Damodé, a famous goldsmith who worked also for the Savoy’s family, and a radial monstrance.
The silver pyx, partially golden covered, embossed and fused, is an example of the Swiss-German production of the first middle of the 17th century.

Of particular importance under the historical point of vue is the chalice of the beginning of the 20th century, made of silver and covered with gold, used by Monsignor Nestor Adam in 1927 for the celebration of his first Mass in Etroubles, his place of birth, before he became bishop of Sion from 1952 to 1977.

In the right aisle, at the two sides of the Blessed Virgin’s altar, there are two painted wooden sculptures coming from the Vachery chapel, representing the Pietà and produced one in the 16th and the other in the 17th century.