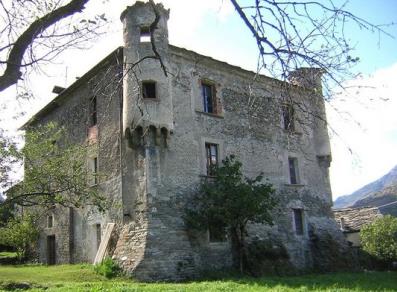 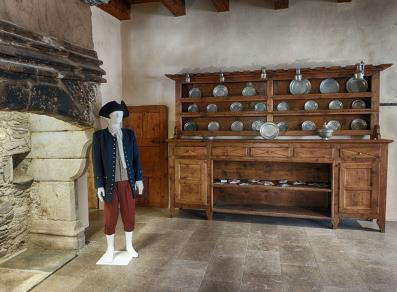 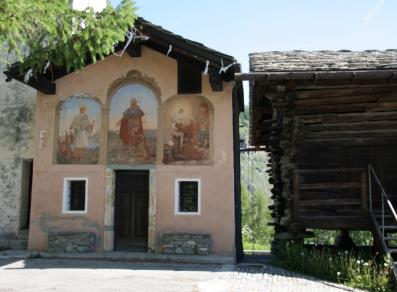 A resort at an altitude of 1270 metres, it was already well known in Roman times because it was located on the transit route to the Gran San Bernardo Hills. Given the name Restopolis in Roman documents during the imperial period, it was probably a winter residence to the mountain garrison. In the Middle Ages, a square tower in the hamlet of Vachéry was of some importance. A church, built in the XII century, probably on foundations dating from Roman times, whose Romanesque bell tower from the 1400’s is still standing as well as a hospice founded in 1317 that was still operating in the XIX century.
The most famous crossing in these centuries was the Napoleonic army in May 1800. Etroubles is on the via Francigena, the road that connected the British isles in Medieval times with Rome and Jerusalem through Europe and the Gran San Bernardo pass.
Etroubles, located in the middle of the Gran San Bernardo Valley, has acted since ancient times as the small capital of the valley and a guarding and service centre…
The Medieval village of Etroubles is worth a mention. It became an open air museum with the opening of the À Étroubles, avant toi sont passés… exhibition, a permanent art gallery displaying the works of world renowned artists.
A walk through the old cobbled streets, the splendid fountains from where fresh water from Mont Vélan flows, the ancient houses recently restored in local stone with stone roofs, create a fairy tale atmosphere; there is also an enormous fifteenth century bell tower that strikes on the hour and the nineteenth century church with splendid frescoes. It is the perfect place to spend a few hours in freedom.
Its particularly sunny position, well protected from the wind, and pollution free air, make Etroubles an ideal place for a peaceful stay.
Beginner skiers will find an easy, long route for cross-country skiing covering more than 18 kilometres.
There are numerous festivals and folkloristic events that attract tourists even from nearby Switzerland; the famous carnival at Coumba Freide and the traditional summer Veillà are worth remembering.
The town of Etroubles is hedged in by an amphitheatre of magnificent mountains including the Mont Vélan (3734 m).